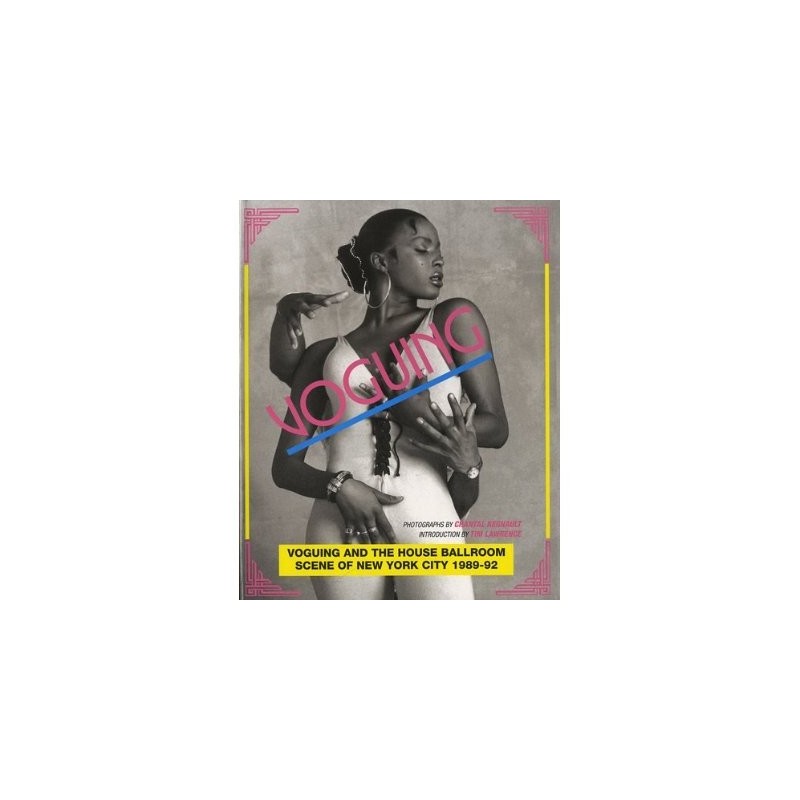 Voguing and the ballroom scene of New York 1989-92 (anglais)

In 1989, Malcolm McLaren had his only number one hit with a single called "Deep in Vogue." Early the next year, Madonna had one of the biggest hits of her career, with the single "Vogue," ...

In 1989, Malcolm McLaren had his only number one hit with a single called "Deep in Vogue." Early the next year, Madonna had one of the biggest hits of her career, with the single "Vogue," and when Jennie Livingston's film Paris Is Burning arrived in cinemas the same year, winning the Grand Jury Prize at the Sundance Film Festival, the mainstream got hip to New York City's extraordinary ball culture, from which the film and McLaren and Madonna's songs had arisen. Paris Is Burning documented a gay ballroom scene that emerged in Harlem in the mid-1980s, which drew African American and Latino gay and transgender communities to compete against one another for their dancing skills, the verisimilitude of their drag and their ability to walk on the runway. Photographer Chantal Regnault spent many years recording this scene, from which the dance style known as voguing arose. A visual riot of fashion, polysexuality and subversive style, Voguing and the Gay Balls of New York City is also an extraordinary document on sexuality and race. The wild years of voguing are vividly captured in Regnault's hundreds of amazing, previously unpublished photographs. The book also features interviews with key figures from the movement, essays, flyers and ephemera.
Photographer and documentarist Chantal Regnault was born in France. She left Paris after the 1968 uprisings to live in New York, where she lived for the next 15 years. At the end of the 1980s she became immersed in Harlem's voguing scene. Also around this time, Regnault developed an interest in Haitian voodoo culture and began to divide her time between Haiti and New York. Her widely published photographs have appeared in major magazines and newspapers, including Vanity Fair and The New York Times. Soul Jazz Records